Home
Facts and News
What Duterte Achieved for Davao City

That’s Davao City’s pride, and undeniably the result of the Duterte brand of leadership.

Tough-talking Davao City Mayor Rodrigo Duterte is an emergent people’s idol. Duterte became popular not because of his excellent PR (he doesn’t have any established PR core group unlike other popular politicians), but because of his achievements.

Duterte owes his rise to political fame to his many achievements in Davao City as a public servant. The Filipino people, desperate to end corruption and alleviate the pains of poverty and social inconvenience

Upon assuming office in 1988 (although he was already appointed by Pres. Cory Aquino as Mayor of Davao City in 1987), the mayor enacted policy, budgetary and implementing measures to restore and maintain law and order and build local capacities to match emerging threats to the city and the wider geographic area.This is a key challenges to him as Martial Law has just ‘officially’ ended.

Duterte strived at restoring and maintaining law and order in the city in contrast to the troubling times of the pre-1986 martial law years. For Duterte, the momentum of peace and development efforts are tickets to a steady growth of tourism receipts as well as “brick-and-mortar” investments which translate to more and better enterprise development, employment, and income opportunities for his constituents.

Duterte reorganized the city into 11 administrative districts, in order to make the city government’s development programs and services more inclusive and responsive to the needs of a very diverse mix of local constituents from across 182 component barangays of the city.

To further increase proactivity and efficiency, Duterte instituted the establishment of a satellite office, the appointment of a deputy mayor and the location of needed city government personnel in every administrative district.

Davao City Investment Incentive Code. First-known initiative from a local government that grants fiscal and non-fiscal incentives to investors over and above those incentives granted under the Philippine Omnibus Investment Code.

The Children’s Welfare Code of 1995. First initiative in the country aimed at empowering children aged 1 to 17, and protect them from all forms of abuse.

The Women’s Development Code of 1996. This is a pioneering initiative aimed at empowering women and protecting them from any all of abue.

The Watershed Protection, Conservation and Management Ordinance. Duterte believes that sustainable development is the cornerstone of genuine and lasting progress. As such, he instituted a mechanism for economic sustainability of watershed areas to avoid it being jeopardized, and endanger public health and welfare. .

Anti-Smoking Ordinance. Davao City has effectively implemented a smoke-free legislation and has significantly reduced the extent that its citizens and those visiting the city are exposed to secondhand smoke.

Liquor Ban. Also known as: “An Ordinance regulating the operation of business establishments selling liquors, coconut wine and other nature wine and other alcoholic beverages in the City of Davao.”

Aerial Spraying Ban. To lessen, if not totally eliminate, the occurrence of diseases attributed to pesticides Davao enacted an ordinance banning aerial spraying as an agricultural practice in all agricultural activities by all agricultural entities in Davao City.

Speed Limit. This executive order was issued by Mayor Duterte to address the alarming increase in the occurrence traffic mishaps on the highways, thoroughfares, streets, and roads of Davao City.

Comprehensive Land Use Plan and the corresponding Amended Zoning Ordinance. The new ordinance embodies salient provisions which include the delineation of flood-prone and landslide prone areas where human settlement is prohibited, the water resource zone where water drilling and application of fertilizers and pesticides are prohibited, the rural settlement zone where industries are not allowed to operate and the fish sanctuary area where scuba diving, fishing activities or even the passage of all types of boats are prohibited.

Central 911. In 2002, the city government established the Davao City Central 911, adapting the concept of 911 that operated in the United States of America and Canada, making the city the third territory to adapt the system.

Since Duterte first assumed the mayoralty post in 1988, the local government provides logistical and operational support to the Davao City Police Office (DCPO) and police precincts under its jurisdiction including 18 mobile patrol cars, 39 motorcycles, 9 computer units, 20 patrol bicycles and 89 firearms.

The local government also provides gasoline and other subsidies including the maintenance of over a hundred patrol cars and motorcycles.

Davao City has a total of 65 signalized intersections from the central business district up to the secondary urban centers in the peripheral parts of the city.

The existing Traffic Management Center (TMC) office was renovated and fenced while a new traffic operation center was constructed. Closed circuit televisions (CCTVs) were installed in strategic places to monitor and capture traffic and crime incidents. The monitoring is manned 24/7 at the Public Safety Command Center(PSCC).

Davao City strives to be an inclusive city with top priority to health and well-being, child and youth development and shelter. Davao City also proves to be more inclusive than most cities and municipalities as it provides clearer focus (and delivering results) on other areas of special need such as the disadvantaged and marginalized sectors including the Muslim minority.

Muslim Minority. A customized education program for Muslim children, the Madrasah Comprehensive Development Program, has been implemented since 2004. 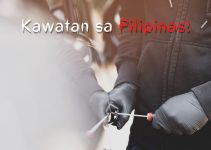 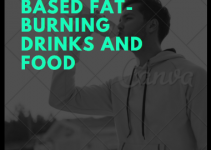