Home
Interesting Articles
The Story Behind the Success of One Engineer Gregorio Sanchez Jr. 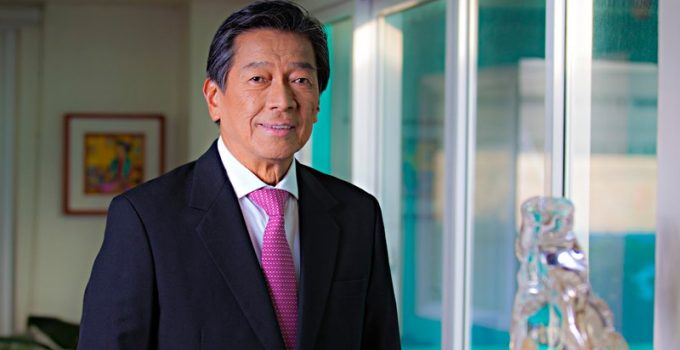 Another rags-to-riches story is the story of Gregorio Sanchez Jr. The narrative of how he managed to beat all odds and survive poverty is truly an inspiring one. Today, aside from being a reputable politician, he also is known to be the inventor and the founder of the LactoPAFI corporation. Together, let’s be inspired with his life story!

Coming from an impoverished, life is not that easy for the young Gregorio. He was born to his poor parents who were from the local community in Tubaran, located at the rear side of Cebu Province facing Negros Oriental. He even needed to walk barefooted to be able to finish his primary education at the Tuburan Elementary School and his secondary education at the University of San Jose – Recoletos.  After finishing his high school there, his family decided to try life at the inner city. Hoping to find greener pastures, the whole family moved to Cebu City. The young Greg then woke up early morning and went shining shoes and selling newspapers in the city , as without it, he cannot go to college as his parents bear nothing to spend for his college education.

Being a hard working young boy, Greg was able to send himself. He took up Engineering at the same University in 1960. His looks were really noticeable, for among all the engineering students he was the only one who wore shorts because he cannot afford to buy a much longer pants. But this impoverishment did not stop the young Greg from dreaming. Although he struggled really really hard, he was able to finish his degree and pass the Board Exam in 1965. Ity was the beginning of a better life for the family.

Since Greg has been brought up with the right work values and ethics, he has been immediately recognized by the Cebu Contractors Association for  his capability in sparking exemplary performance in the Power Generating Business and for winning a Multi-Million Power contract. It was a major breakthrough, not only for Greg but for his whole family. He realized that little by .little he’s living the life he has long imagined.

After that, political turmoil was experienced by the whole country. The late President Marcos announced Martial Law which has set new limits and boundaries for the Filipino people. The young Greg is among the many professionals who strongly opposed the regime, and fought hard to bring Marcos down. That being done, Marcos lost his power in 1986 and late President Cory assumed the Presidency. Because of Greg’s efforts to oust the President, his loyalty was well rewarded. He was appointed at President Cory Aquino as Provincial Board Member of Cebu Province, recognizing his wielded dictum in a fearless tone to uphold freedom in the country, denouncing martial rule in all demonstrations in the streets of Cebu, looking for freedom lying under the feet of the late dictator Ferdinand Marcos.

Because he did well in this position, he was awarded as the Most Outstanding Board Member in 1992  in recognition of his legislative works as Chairman on Infrastructure and Utilities Committee that has spawned the development of Cebu. That  in the year 1995- 96, he became the Project Evaluation Officer , Presidential Committee on Flagship Programs and Projects, Visayas and  Mindanao area. Since he was a dedicated public servant, he even ran for the position of being the Vice-Governor of the Cebu province.

During these period of 2003-2004, Engineer Sanchez, on his own, went into research and performed experiments using only pots and pans and a small tank as his equipment. His persistence finally led to the development of a food supplement that would smother the bad bacteria in livestock, which he called “LactoPAFI Probiotic Bacteria. Inventing probiotic health drink to prevent several illnesses has made his name very popular and has opened the doors of success for him.

The success of the probiotic bacteria developed by Engineer Sanchez later on gained global recognition as a superior bacterial strain for its ability to restore good bacteria to the body. This gave him inspiration exp0nad his horizon and develop another health drink (LactoVitale) and personal care products like soaps, shampoos and toothpastes with LactoPAFI as an important ingredient. As a result, his LactoPAFI products are now being exported to Norway, France, Australia, New Zealand, Hong Kong, Japan and the U.S. The US FDA issued its approval of the product in 2005 while locally garnering recognition for product excellence from different award giving bodies.

Today, Engineer Greg is not only a reputable politician but is also a very established world entrepreneur. From walking barefooted just to reach the school he can buy any luxury car he wants. He also has received numerous awards for his works including Ernst & Young Entrepreneur of the Year (EOY) of the Philippines in 2005, Awardee-Chosen Socially Responsible Entrepreneurship of the Year in 2006 and the Most Outstanding Alumni of University of San Jose – Recoletos in 2003. His products has also been awarded. Lactovitale is 2004 Asia-Pacific Awardee as Outstanding Health Drink of the elite Asia-Pacific Awards Committee of the National Consumer Affair Foundation, 2004 National Consumers Quality Awardee as Top Food Supplement & Health Drink Product Brand, 2004 Philippine Business Excellence Awardee for being No. 1 Food Supplement, National Shoppers’ Choice Annual Awardee for 2004 as Top Food Supplement (National), Consumers League of the Philippines Foundation, Consumer’s Choice Awardee for Most Outstanding Health Drink & Supplement, Who’s Who in the Philippines 2004 Consumers Choice Awardee as Best Food Supplement & Health Drink Products Brand, and 2004 Buyers’ Choice Award Supplement.