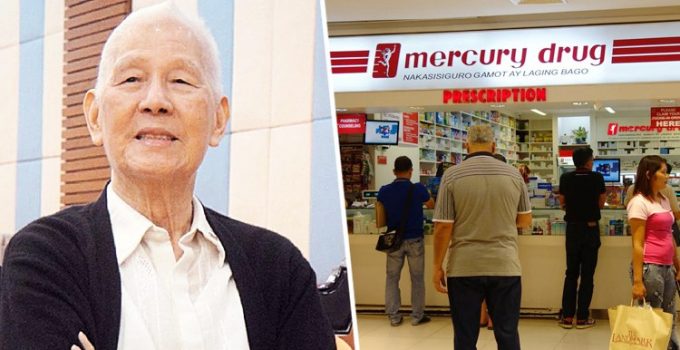 All great things come to those who works and waits patiently for it. This is the quote which best fits the story of how Mariano Que became a successful person. Starting from the bottom, he made his way up by working passionately, and waiting for the perfect timing patient;y. Let us all be inspire by the story of the person who made the success of Mercury Drugstore.

Mariano Que once started as a regular employee at a drugstore located in Manila during the prewar period. As a dedicated employee, he learned to love his job, the role it plays in the everyday living of the Filipinos. Then came the war who took all, and destroyed everything that there is in the busy streets of the city. The drugstore where he used to work was also severely destructed, leaving Mariano completely jobless. When the war was over,  everything went scarce, including the medicine. Being knowledgeable about medical prescriptions, Mariano realized that this period could be a good opportunity for him to help others and also, improve his finances. He then started retailing sulfa drugs, like the sulfathiazole tablets for a capital of P100. he peddled this in the most poor streets of the city where medicine was really not available. And since his business was retail, he sold out his items in no time. He used to peddle this items down the streets, but when he has accumulated enough capital, he then bought a push cart or “kariton” and sell even more medical products.

Many others has saw the potential in that retailing business, so they copied Mariano. But instead of selling fresh and legit  medicine like Mariano, other peddlers resorted to selling fake and expired medicine. Through this, Mariano gained a respectable reputation about selling medicine which are not yet expired. People started to trust him more.

By the formal end of the war, in 1945 Mariano has gained enough capital to put up a physical store which he named Mercury Drug. The Roman god Mercury carried the caduceus symbol, which was largely associated with the medical profession. However, despite the physical store, he still hired motorized vehicles to deliver medicines to his valued customers. He also made his store hours 17 hours a day for the whole week, because he believed that medication may be needed in anytime of the day. In 1952, the stores were open 24/7, which made the drugstore become a valuable part of the community. As a matter of fact, because of this scheme, Mercury Drug has been the go-to medical store of the Filipino people.

In 1960, the Ayala Group of Companies offered Mariano Que a space to lease in the shopping center that was about to be developed in the heart of Makati. Thus, the second Mercury Drug opened, this time as a self-service pharmacy. The rest is a history of more innovations and technological adoption of computer-guided controls and biological refrigerators. These improvements allowed the drugstore’s expansion into other life-saving medications. The newer branches of today are superstores as they carry more than just medicines but other consumer products from food to household to health and beauty items. Mercury Drugstore has been continuously expanding even until now. And today, aside from offering medical products, Mercury Drugstore also has been a convenience store.

At his mid-90s, Mariano is the happiest man for fulfilling his life’s desire. On one interview, he said that it is about giving and doing the things that needs to be done. If not for one Mariano Quye, we would not be able to access medical products this easy, and this convenient. More than that, Mariano has also different efforts to help the local communities. Some of his programs are “Bantay Kalusugan”, “Operation Bigay Lunas”, “Operation Patubig” and “Pharmacy Scholarship Program”. More than the need for financial success, Mariano really aimed to help the Filipino people.

Because of Mariano’s sincere efforts, there are about 700 Mercury stores, some of which are under franchise. All these fulfilled Mariano Que’s goal of making safe medication available and accessible to every Filipino community. Today, Mariano’s daughter, Vivian Que Azcona, continues to uphold his company’s visions and missions. In return for their customers’ unwavering loyalty, Mercury Drug celebrates their annual anniversaries by holding a free clinic to the indigent, for which the appropriate medications for their illnesses are likewise given for free. 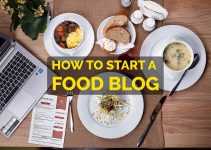 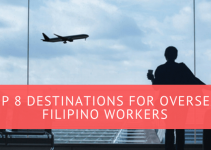