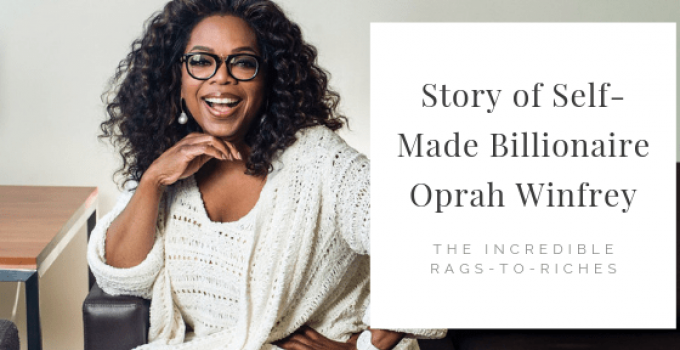 Today, however, Oprah’s net worth is about $3 billion and she is the only black woman on the publication’s list of the 400 richest people in America.

But it wasn’t always like this for Oprah. She wasn’t born to a well-off family. She was born to fame like most celebrities are.

In fact, before she became a media mogul and the queen of daytime TV, Winfrey suffered a tumultuous childhood. Traumatic.

Young Oprah was shuffled between family members. She spend a few years with her grandma at a farm in rural Mississippi while her unwed teenage mother looked for work.

Unfortunately, when her grandmother fell ill, the now 6-year-old Oprah was sent to her mother in a Milwaukee boarding house, where she would not only grow up around extreme poverty, but also endure years of sexual and physical abuse.

She was raped for the first time at age 9 by her 19-year-old cousin, writes Oscar Bamwebaze Bamuhigire in his book “The Healing Power of Self Love.”

And it was just the beginning of Oprah’s traumatic life as a young girl. It would be the first of several episodes.

“I was raped at 9 years old by a cousin, then again by another family member, and another family member. I took to my bed and cried for three days. I felt devastated. Wounded. Betrayed. How could this person do this to me? I imagined that every person on the street was going to point their finger at me and scream, ‘Pregnant at 14, you wicked girl … expelled!’ And I soon realized that having the secret out was liberating. What I learned for sure was that holding the shame was the greatest burden of all.” Oprah reveals in an Australian news outlet where she talked about the sexual abuse she suffered as a young girl, which resulted in the pregnancy.

During the show, Oprah revealed that “I did an interview with a reporter before I came to Australia and she said you should name the baby son who died. So I have named him, I had a little boy named Canaan. I did have a son. And I named him Canaan because Canaan means new land, new life.”

At age 14, Oprah broke free. She went to live with her dad in Nashville, Tennessee. There, life seemed to have become better for Oprah. It is where her success would start to take course.

Her father provided direction, discipline, and a sense of structure that Oprah had never known.

Her father gave her stable and education-centered environment. Oprah thrived academically and socially at the East Nashville High School. At school, Oprah became an honor roll student and was voted the most popular girl in her class.

It was at East Nashville High where she would discover her passion for media. She joined the speech team and worked for a local black radio station after school.

By her senior year she had secured a full scholarship to Tennessee State University. She left college early, however, at age 19 to pursue a career in media.

Her gamble paid off.

She became the first black female news anchor before the age of 20 in Nashville, starting with a few gigs as a local anchor before landing a co-anchor position in Baltimore.

She was sexually harassed and humiliated at her job in Baltimore, according to DailyWorth, but didn’t need to quit — she was fired seven and a half months after joining.

Winfrey didn’t stay down for long. She landed a gig hosting the then-stagnant morning talk show, “AM Chicago.”

Within a few months, Winfrey turned “AM Chicago” from the lowest-rated talk show in Chicago to the highest-rated one, writes the Academy of Achievement. Three years later the show would be renamed “The Oprah Winfrey Show.”

She made a savvy, career-transforming move in 1986 when she founded Harpo Productions and negotiated ownership of the “The Oprah Winfrey Show,” which brought in $300 million a year during its peak. Her company later produced lucrative spin off shows, including “Dr. Phil” and “Rachael Ray.”

While best known for her award-winning talk show, Winfrey has also been involved in films, television series, and plays. She was nominated for an Academy Award for Best Supporting Actress for her performance in the 1985 drama “The Color Purple.”

She also published her own magazine, The Oprah Magazine; started a radio channel, Oprah Radio; and most recently partnered with Discovery Communications to launch a cable channel, the Oprah Winfrey Network.

Now 61, Winfrey has a lifestyle that she could only have dreamed of during her traumatic childhood.

She flies in her own $42 million, custom-designed Global Express XRS jet.

Her impressive real-estate portfolio includes a $52 million estate in Montecito, California, which she nicknamed “The Promised Land;” a 15,000-square-foot duplex in Chicago; a farmhouse in Kula, Hawaii; 63 acres of land near Maui’s Hamoa Beach; a vacation home on the shores of Antigua; a shore home in Lavallette, New Jersey; a ski villa in Telluride, Colorado; and a home in Douglasville, Georgia.

She even has her own street: Chicago Mayor Richard Daley renamed the blocks in front of Harpo Studios “Oprah Winfrey Way.”

“My story just helped define and shape me as does everybody’s story.”

The queen of talk also shared her biggest regret with The Oprah Winfrey Show. “The one thing I most regret is I wasn’t able to move the needle far enough on abuse in this country,” she said.

After a troubled adolescence in a small farming community, where she was sexually abused by a number of male relatives and friends of her mother, Vernita, she moved to Nashville to live with her father, Vernon, a barber and businessman. S

he entered Tennessee State University in 1971 and began working in radio and television broadcasting in Nashville.

In 1976, Oprah Winfrey moved to Baltimore, Maryland, where she hosted the TV chat show People Are Talking. The show became a hit and Winfrey stayed with it for eight years, after which she was recruited by a Chicago TV station to host her own morning show, A.M. Chicago. Her major competitor in the time slot was Phil Donahue. Within several months, Winfrey’s open, warm-hearted personal style had won her 100,000 more viewers than Donahue and had taken her show from last place to first in the ratings. Her success led to nationwide fame and a role in Steven Spielberg’s 1985 film The Color Purple, for which she was nominated for an Academy Award for Best Supporting Actress.

Winfrey launched the Oprah Winfrey Show in 1986 as a nationally syndicated program. With its placement on 120 channels and an audience of 10 million people, the show grossed $125 million by the end of its first year, of which Winfrey received $30 million. She soon gained ownership of the program from ABC, drawing it under the control of her new production company, Harpo Productions (‘Oprah’ spelled backwards) and making more and more money from syndication. 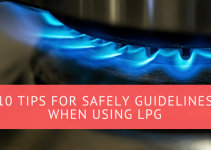 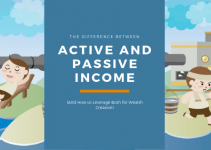 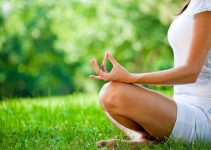