One of the business tycoons in the Philippines who faced a lot of controversies is probably Lucio Tan. Known to the general public as a “tax evader”, a man involved in “numerous relationships” and as a Marcos Loyalist, Lucio Tan has quite a reputation. But despite these negative things people has to say about him, Lucio is more of a person who succeeded in his life’s hardships. Let us all uncover his inspiring success story here!

Lucio Tan, born in July 17, 1934 is a Chinese National who first lived at Fujian Province in China. Since the 20’s and the early 30’s in Fujian was marked by extreme impoverishment, the family decided to flew here in the Philippines. The family started anew in Naga. Growing up, Lucio did not have much of the luxury in life. He even had to work his way to College. He took up Chemistry in Far Eastern University, but did not finished. The reason, Lucio said, was because he cannot wait anymore to start up a business. He was so caged within the academe, so he decided to leave the school. By 1950’s he had his own business from scrap and later found a job in a tobacco factory where he was tasked to buy leaf tobacco in the Ilocos Provinces. He did not know that that job was to be the turning point of his life. As he was exposed to the business of tobacco, he learned about the possibilities of it.

In 1966, he established his very own cigarette tobacco company, Fortune Tobacco. It was a success, because cigarette smokers loved the taste of Fortune. Because of that, another budget brand, “Hope” was established in 1975. By year 1980, Fortune Tobacco was the Philippines’ largest cigarette manufacturer. Another business venture made by Lucio Tan, was on banking and finance. Since his tobacco business was doing fine, he had gained enough capital to acquire from the Philippine government the then bankrupt bank  General Bank and Trust Co. or more popularly known as Genbank. At P500, 000, Lucio has gained the ownership of the bank. He later renamed this bank to now, Allied Bank.

At 48, Lucio was already a self-made man, with that strong and aggressive personality. In 1982, he has put up another business, which is inclined into making alcoholic beverages. However, it was a strict period during then, so business starters cannot easily put up businesses.  But as one would remember, it was during Marcos regime, and as an ally he received favors from the late president. One of which is the permit to establish Asia Brewery, the main rival of San Miguel Corporation. 11 years after establishing Asia Brewery, he then ventured into airlines. By 1993, Lucio Tan secured control of the country’s airline carrier Philippine Airlines (PAL).

Tobacco Company. Banking and Finance Company. Beverage Company. An Airline. What could Lucio Tan ask for more? He seemed to be the best at his niche already. But, Lucio did not stop growing his business empire there. In 1995, he founded yet another company in the aviation industry. The Macro Asia Corporation was envisioned to be the leading provider of aviation and logistics services. This vision has become a reality as Macro Asia Corporation is now the provider of technical ground handling, engineering and maintenance services, and catering services to majority of the international airlines. And in 2000, Lucio has also acquired the major shares in yet another banking and finance institution, Philippine National Bank. The merge between PNB and AB is yet to be observed.

Despite these successes and undeniable fortune Lucio Tan has made in his lifetime, there also has been many issues about him. One example was his tax evasion issue during the Martial Law. For he was close with the President then, many speculated that Lucio Tan benefited a lot from tax concessions and privileges that the Marcos Regime gave to him in exchange for a rumored 60% on all his shareholdings. However, on the court decision released in December 2007, the Philippine Supreme Court affirmed the decision dismissing the state’s sequestration of Lucio Tan’s companies. Thus, Lucio Tan’s properties remained in tact and in place.

Today, Lucio Tan’s Group of Companies is composed of eight strong subsidiaries. He has the Fortune Tobacco, the largest tobacco company in the country; the Allied Bank, the Philippines 8th largest lender; Asia brewery, the 2nd largest brewer in the Philippines; Philippine Airlines, the country’s Number 1 Airline and Asia’s 1st Airline; Tanduay Holdings, one of the world’s largest rum makers; University of the East, one of the most financially stable universities in the country in terms of assets; Philippine National Bank, the 5t largest bank in the country; and, Eton Properties Philippines, the global real estate brand of the Lucio Tan Group.

What’s inspiring about this story of Lucio Tan is that, never let your limits define you. Go against the flow, stand out and be proud. Never let opportunities to do better pass you by. Be ready for change. No matter where you came from nor what you have right have now, if you work hard to achieve a goal, you will. Just believe in yourself. 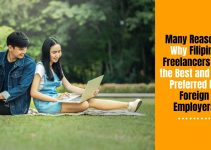