Home
Facts and News
From Riches to Rags, Celebrities Who Went Broke 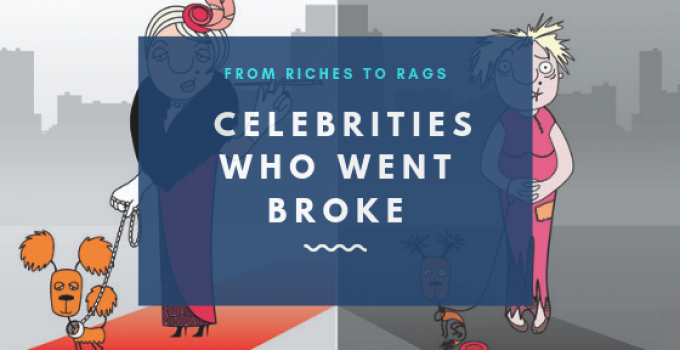 They say life is a full-circle. When you’re up, you’ll come down sooner or later. And when you’re down under, you’ll rise up in time. While not always necessarily true, the rise and fall of people amuses us.

Often, we like success stories — stories of the poor becoming well-off, stories of the marginalized becoming empowered. But we are curious, too, of stories of failures, especially in the world of show business.

Curtis Jackson, better known as rapper 50 Cent, was once worth an estimated $155 million, according to Forbes, and now he’s just filed for Chapter 11 bankruptcy protection.

“In court papers filed in the US Bankruptcy Court in Hartford, Conn., Mr. Jackson reported assets and debts each in the range of $10 million to $50 million,”The Wall Street Journal reports.

The filing comes just three days after the “Get Rich or Die Tryin'” rapper was ordered to pay $5 million to his rival Rick Ross’ ex-girlfriend, Lastonia Leviston, who sued him for posting a sex tape online to millions of viewers in an attempt to embarrass Ross.

Back in 1976, the Motown legend’s divorce from his first wife, Anna Gordy Gaye, led him to file for bankruptcy. In order to cover the $600,000 Gaye owed his wife in alimony payments, the singer gave Anna the rights to his album “Here, My Dear.”

The singer moved to Europe in 1981 to avoid dealing with the US Internal Revenue Service, according to Rolling Stone. The singer’s financial troubles — along with drug addiction — followed him for the rest of his life, even though he continued to record albums and perform. Gaye was killed in 1984 when his father shot him after a heated argument.

Marvin Gaye’s estate has an estimated net worth of $5 million.

The Variety reported that when Kim Basinger filed for bankruptcy in 1993, the actress had a net worth of $5.4 million.

The actress filed bankruptcy after backing out of filming the movie “Boxing Helena”  when Main Line Pictures sued her to the tune of $8.1 million for breach of contract. Basinger settled for $3.8 million three years later.

Basinger has since appeared in multiple films, including “8 Mile” and “Cellular,” and she signed a contract with IMG Models — at 60 years old. As of last year, she had an estimated net worth of $36 million.

The singer filed for bankruptcy in the ’80s after Jim Steinman — who wrote many of Meat Loaf’s songs — filed a lawsuit against Meat Loaf after the not-so-successful release of Meat Loaf’s album “Dead Ringer.”

The singer’s latest hit album was released in 1993. He has since acted in movies (including “Fight Club“), released the TV series “VH1 Storytellers,” and published an autobiography.

Meat Loaf currently has an estimated net worth of $25 million, a far cry from where he was decades earlier.

Cynthia Ann Stephanie “Cyndi” Lauper is an American singer, songwriter, actress and LGBT activist. Her career has spanned over 30 years.

She spent four years singing and writing songs for the group Blue Angel. The group’s “Polydor” album (released in 1980) never took off, causing Lauper to file for bankruptcy in 1981. She sang — dressed like a geisha — in a Japanese restaurant and worked retail before releasing her hit album “She’s So Unusual” in 1983.

In September 2014, Lauper teamed up with singer/songwriter Sara Bareilles to record a song for the campaign Shine a Light, which raises money for pediatric cancer research. Cyndi is also an LGBT activist.

Cyndi Lauper currently has an estimated net worth of $30 million.

Stanley Kirk Burrell, known professionally as M.C. Hammer, is an American hip-hop recording artist, dancer, entrepreneur, spokesman and actor. He had his greatest commercial success and popularity from the late 1980s until the late 1990s.

In 1996 however, Hammer filed for bankruptcy protection with a total of $1 million in assets and at least $10 million in debts. Years later, Hammer told Oprah Winfrey his debt wasn’t a result of frivolous spending. He said, “I took my money and employed 200 people in my community. I had a payroll of a million dollars a month at times.”

Hammer is now married with five children, and does everything from investing in internet startups to preaching to developing iPad apps. As of 2013, he reportedly still owed the IRS $800,000 in back taxes.

Francis Ford Coppola is an American film director, producer and screenwriter. He was part of the New Hollywood wave of filmmaking.

After directing The Rain People in 1969, he won the Academy Award for Best Original Screenplay as co-writer, with Edmund H. North, of Patton in 1970. His directorial prominence was cemented with the release in 1972 of The Godfather, a film which revolutionized movie-making in the gangster genre, earning praise from both critics and the public before winning three Academy Awards—including his second Oscar (Best Adapted Screenplay, with Mario Puzo), Best Picture, and his first nomination for Best Director

When Francis Ford Coppola filed for bankruptcy protection in 1992 — for the second time — his assets were listed at $52 million and liabilities at $98 million, according to the New York Times.

The director blamed the majority of his debt on the making of “One From The Heart,” a movie that cost $27 million to film but only earned $4 million.

More recently, Coppola was the executive producer of “The Bling Ring,” which came out in 2013. He owns a winery, which reopened in 2010, along with several boutique hotels.

Curtis Montague Schilling is a former American Major League Baseball right-handed pitcher, former video game developer and currently suspended ESPN baseball color analyst. He helped lead the Philadelphia Phillies to the World Series in 1993 and won World Series championships in 2001 with the Arizona Diamondbacks and in 2004 and 2007 with the Boston Red Sox. However, he earned just over $114 million during his 19-year career, ESPN reported.

After his retirement, Schilling sunk $50 million into founding a video-game company, then lost his fortune when the company filed for bankruptcy in 2012. He was forced to sell many of his possessions.

Larry King, an American television and radio host, actor, voice actor and comedian whose work has been recognized with awards including two Peabodys and 10 Cable ACE Awards, began as a local Florida journalist and radio interviewer in the 1950s and 1960s and became prominent as an all-night national radio broadcaster starting in 1978. From 1985 to 2010, he hosted the nightly interview television program Larry King Live on CNN. He currently hosts Larry King Now on Hulu and RT America during the week, and on Thursdays he hosts Politicking with Larry King, a weekly political talk show which airs in the evening on the same two channels.

In 1972, King was arrested on a charge of grand larceny and accused of stealing $5,000 from a business partner. The charges were eventually dropped, but King struggled to find a journalism job for several years thereafter.

According to Time, he filed for bankruptcy with a total of $352,000 in debt in 1978. He was saved when CNN offered him a late-night talk radio show in Washington, D.C., that same year, which later became the famous “Larry King Live” that ran for 25 years.

King retired from CNN in 2010, but the host still does two web talk shows and “Larry King Now,” which airs on Ora.tv.

Larry King currently has an estimated net worth of $150 million. However, at the time he filed for bankruptcy, he wasn’t earning much working as a radio announcer in Miami.

Michael Gerard “Mike” Tyson is an undisputed boxing champion. He held the undisputed world heavyweight championship and holds the record as the youngest boxer to win the WBC, WBA and IBF heavyweight titles at 20 years, 4 months, and 22 days old.

In the course of his 20-year boxing career, Mike Tyson earned a staggering $400 million, according to the New York Times.

His earnings didn’t exactly last him, though. The former heavyweight champion filed for bankruptcy in 2003, with a total of $23 million in debt. His debts included a $9 million divorce settlement, $13.4 million to the IRS, and $4 million to the British tax authorities. 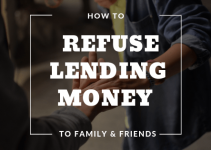 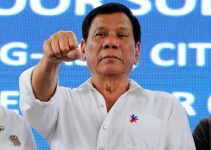 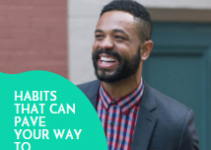