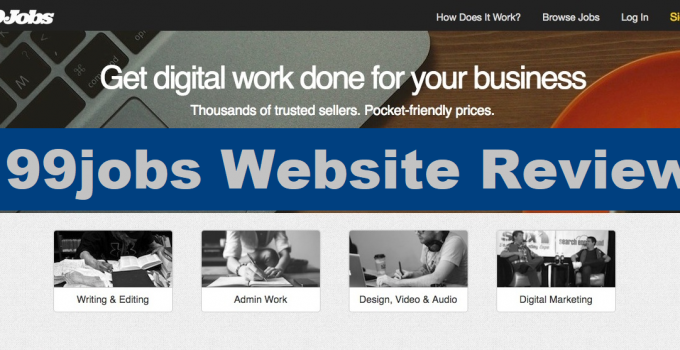 Freelancing is on the rise, as people start to ditch the traditional nine to five work schedule and opt for a more flexible one. In fact, from the year 2000 to 2014, the number of freelancers has significantly increased by 500%. (1)

The Philippines is no exception to this ever-growing freelancing marketplace. As evidenced on the Global Freelancer Insights Report by the United States-based payment firm PayPal, Filipino freelancers make up 2% of the population. And this number is expected to grow more. (2)

The Philippines, being a technological hub with it’s digitally adept incoming working force is the perfect marketplace for freelancing. Digital tools are easily accessible, which allow the Filipino freelancers to find their online markets easily. (2)

To cater to this growth of freelancers, freelance marketplaces based on the Philippines have started to pop out since the late 2010s. One of these marketplaces is 199jobs.

199jobs is an online marketplace where freelancers can offer their services and where customers can look for the services that their businesses require. It makes it easy for the buyers and customers to connect together and make working together easier. (3)

Evidenced from the name of the website, it works through a ‘job’-basis, in which, each job is priced at a minimum of 199 PHP for each. If, the task to be done is more than the set ‘199-peso’ standard, then, arrangements could be made that both parties can agree on. (3)

The website is speculated to be modeled after two leading international freelancing marketplaces — SEOClerks and Fiverr, as the site layout and overall interface seems to be mashup of the two websites mentioned above. (4)

This seems to be the question everyone is concerned about. Probably because nobody wants to invest time and money on a website, hoping for monetary return and have it turn up as a scam in the end.

Moreover, the website is placed under 160,000th global ranking, which means that it shows good traffic flow for the past few months. A good 70% of this traffic is from the Philippines, while the 30% is from international sellers making use of the site’s services. (4)

Around 13,000 orders have been placed in the website since it’s founding, and has been the go-to of Filipino businessmen looking for some extra help in building their businesses. Not just, Filipinos, but even foreigners, majority of which are Singaporeans. (3)

A lot of successful freelancers have considered 199jobs as their niche market throughout the years and I am one of them. In fact, this article is written through a 199jobs order.

That’s a hard question to answer. And it’s quite unfortunate that nobody else on the internet has shared their take on this matter.

Sales on 199jobs depends on your exposure on the website. From what I have noticed by being a user for three years, job listings depend on which are the most active jobs on a certain category.

In short, the more orders you get, the more you get placed on the front pages of the job listings. Orders are difficult to get if you are new to the website, since customers tend to trust freelancers with more experience.

In 2016, when I had first joined, customers were more willing to ‘try’ newer sellers since the website was fairly new and there were not yet an established marketplace.

However, as I had recommended the website to my friends years later, getting orders was more proven to be more difficult, as there were more sellers and it seemed that users who joined 199jobs first had an upper hand, as they had more time to establish a market.

As mentioned earlier, the currency that the website runs on is called a ‘job’ — priced at the minimum of 199 PHP each. The seller can make this job include anything that they want to include, in accordance to its price.

For example, in writing jobs, words are the rate counters. Some sellers choose ‘500 words’ as the minimum rate that they offer for one job. If the task that the customer is requesting needs more than just 500 words, then, arrangements can be made from that 500-word = 1 job principle.

For every ‘job’ that is placed on the website, a fee of 20% is taken off. No matter the price of the job, even if it is more than 199 PHP, 20% will always be taken. Consider it as a ‘service fee’ for using the website.

This 20% is A LOT. It’s approximately 40 PHP being taken off from a job. So in reality, you only get to take home 159 PHP for each job. However, if you consider that the website is also securing payments for you, so that no customer will run away with their money once they get their orders, consider the 20% fee as a ‘thank you’ to the website.

A lot of 199jobs users has shared that freelancers in this marketplace are under compensated. The reasons for this under compensation vary, but from what I can garner it’s mostly because of the 199 PHP minimum that runs a website. (5)

Since the basic currency is ONE JOB priced at 199 PHP, most orders are done through that one-job only, one-time only manner, where, customers can get a quick work done for them.

However, of course, they would want a COMPLETE job, and not a half-done one, so that they no longer have to placed another job (because it’s annoying and two jobs is more expensive than one job).

Consider a graphic designer, who has been assigned to design a company logo by the customer. The customer places one job order. The graphic designer has to deliver a complete logo — not a half-done one, he can’t do that! But a logo priced at 199 PHP is extremely cheap (159 PHP if you take off the fee),  and it’s not really that motivating for the freelancer to do more or do better, either.

Can I get services done through 199jobs?

If you are a business owner, looking to outsource professionals and compassionate freelance workers, 199jobs is highly recommended. (5)

If you are looking for English content, however, to reach a wider audience, there is no need to worry as the users in 199jobs are exemplary in English in general.

In conclusion, 199jobs is a legitimate website — both for freelancers and customers! And it is totally possible to make a living out of it. 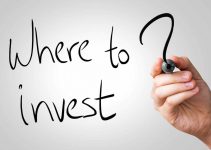 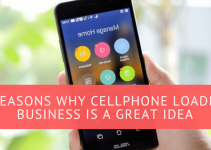