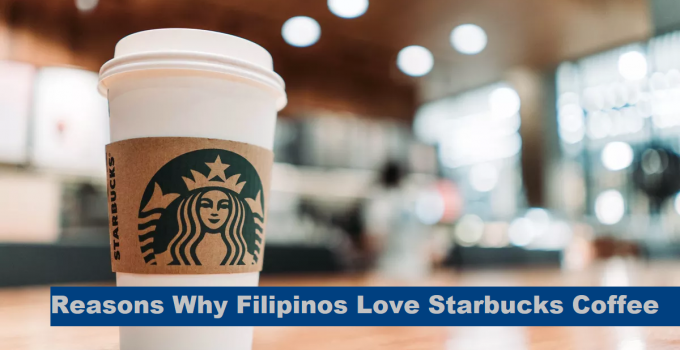 Ah, Starbucks Coffee — the brand name that when heard, someone would immediately think of the green and white logo, the smell of freshly-brewed coffee, and the peaceful and trendy ambience of the cafés,

Since the first Starbucks store opened in December 1997 in 6750 Ayala, there was already a queue of people looking to sample some of the coffee from this American-based coffee chain. (1)

But what is it about trendy, expensive caramel macchiatos in a cool cup that Filipinos find particularly appealing? Why is it that until today, some Starbucks stores still get queues — especially the ones near call center companies, where workers thrive off of coffee? Why is it that when you think of coffee’, Starbucks immediately comes to mind?

Here are ten reasons why Filipinos are so head over heels in love with Starbucks.

1. It is an American icon

Filipinos have long since been influenced by American media and culture. The fact that the Philippines has English as one of its national language already plays a huge role in this influence. Filipinos listen to Western pop songs and watch Western movies and TV shows. (2)

Of course, the food of American has already traveled to the Philippines as fries, hamburgers, hotdogs and ice cream has taken over Filipinos, so does famous fast food chains like McDonalds, Domino’s Pizza and Dunkin’ Donuts. (3)

Coffee and Starbucks are no exception. Filipinos like it so much because it’s a sign of America, it’s an icon from a more progressive country, it’s an icon of wealth and affluence. (1)

Priced rather expensively, as compared to their five-peso coffee vending machine counterparts, Starbucks Coffee drinks are indeed very expensive and very pricey. That’s why it’s often assumed that only the wealthy can afford these drinks. (4)

Slowly, they became ‘icons’ of social status and having a Starbucks Coffee cup in your hand, in your Facebook My Day or your Instagram story was suddenly cool — even if the cups were already empty.

Hanging out in Starbucks, with your expensive iPhone 7, already means that you belong to the cool, “astig” crowd. And that’s how Filipinos simply are. They want to seem more than what they truly are.

The said Starbucks Planners suddenly took off when their 2018 Planner design became viral. Everyone wanted it, quoting it’s so “aesthetically pleasing.” (5)

According to Fitz Villafuerte, it will take around 2000 PHP just to get one Starbucks Coffee. And that’s not really much, considering his usual Grandé Iced Latté costs 130 PHP a cup. (5)

One of the reasons why people drink at Starbucks is to accumulate enough point in order to get that well-coveted Starbucks Planner by the end of the year. It’s sort of a reward — a prize — almost.

Like most coffee shops, Starbucks does not only sell coffee (or planners), but they also sell the soothing and calm ambience of the place, too. (6)

A lot are actually willing to spend money just to have a small amount of time in this kind of ambience. They are mostly college or high school students looking for some quiet place to hang out or study. (6)

These people could even just be people that enjoy the quiet. And while you are within the premises of the coffee shop, enjoying the ambience that it offers, you are socially obligated to order yourself a drink.

Starbucks Employees are generally helpful, and are trained to be helpful and approachable. There is nothing more attractive than a coffee shop that offers comfortable atmospheres.

A lot of the marketing strategy of Starbucks relies on individualism. A lot of things that they offer is personalized, to emphasize on individuality. Each drink has your name scribbled on front, with your usual order and specifications. This makes each drink special, making you feel special. (7)

And there is nothing more appealing to a Filipino than a personalized drink. We can’t deny the fact that Filipinos absolutely love to feel special.

7. The drinks, of course

Of course, being a coffee shop with good reputation, Starbucks has to serve good drinks. And they definitely do hit the mark on that. Starbucks offers a wide variety of drinks that cater to the tastes of everyone and anyone. (8)

These drinks are brewed by the barista to the best quality, made from high -quality ingredients. Nobody would have frequented the place if it served bad coffee. Moreover, we know vey well that Filipinos absolutely love their coffee — not very strong, but mostly the 3-in-1 kind.

Most Filipinos don’t have coffee makers at home, the same way they don’t have ovens or any fancy kitchen appliances. (7)

While Filipinos do like their coffee, traditionally the brewed kind from Kalinga, coffee has suddenly been downgraded to the instant 3-in-1 coffees we get from the sari-sari store.

While brewing coffee is delicious, it takes a lot of time. Usually coffee makers help with that, but since Filipinos don’t own coffee makers, they opt for the next best thing — Starbucks. (7)

Another reason why Filipinos love Starbucks so much is that it’s a quick way to grab a wake-up drink in the morning on the way to work. Factor in the amount of time one gets traffic on the way to work on Metro Manila, there would be no more time to brew of even make some coffee for yourself.

That’s why Starbucks, a quick and convenient way to get your drink in a cool, convenient cup, became popular for Filipinos. (7)

10. Self-Identification with a Brand

The last item on this list is the self-identification to a certain brand. There is something with being a consumer and being able to proudly say that you are a “Starbucks Drinker”, especially if it’s a brand as luxurious and as highly-spoken of like Starbucks. (7)

People enjoy saying things like, “I’m a Regatta wearer,” or “I am certified Tokyo Tokyo addict.” Again, it goes back to the feeling of individualism and identity. 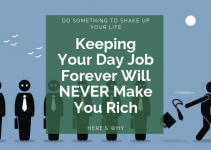 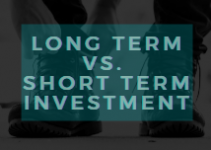